I took my thesis advisor’s advice and did little to no reading, researching, or writing this past summer after graduating from my masters programs. He recommended taking some time off in order to rejuvenate before jumping into the rigors of doctoral work. I traveled a bit, visited family and friends, attended a wonderful wedding, and spent time in the mountains. 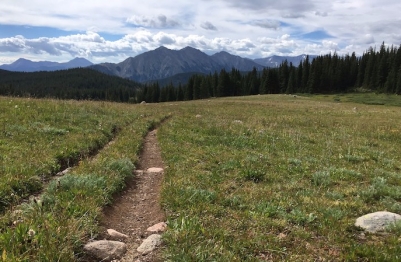 When I began my first term as a PhD student in September I felt refreshed and excited. My classes were engaging and I enjoyed the discussions with my peers as I sorted out what this new beginning would look like. Perhaps most importantly, I provided myself with more structure so that my studies would not overflow into the rest of my life and take over, as they had periodically done during my masters work.

I fit my work into a 40ish hour week, making sure to knock off around 5 or 5:30 in the evening. I occasionally worked one weekend day, but tried to make that the exception rather than the rule, and kept the other weekend day free.

I also started training for a marathon the same week that the term started, and this provided a number of benefits. Training provided a counterbalance to my school work, so that school could not occupy the center of my world. I was not willing to lose sleep, eat poorly, or drink too much (caffeine/alcohol/etc.) because those behaviors affected my training negatively. I also found myself less stressed and more energized than during any other school term of my graduate studies.

Overall the term went well. My sitting practice suffered during the term, and that will be a focus for improvement during the upcoming winter quarter. I also plan to write more for Scholar Monk than I did this past term, and I look forward to engaging with you all!

That is the question I am currently considering. I received admittance to a doctoral program in the study of religion this week. I was delighted, to say the least, having considered long and hard whether this further educational commitment and career choice was the move for me to make. Working out my thoughts on Scholar Monk has been an important part of this process.

Many say that doctoral study will ruin relationships, take over your life, burn you out, beat you up. I am not interested in allowing any of this to happen. I see how academia encourages this sort of personal and interpersonal breakdown by putting the work before everything. There are so many unreasonable expectations placed on young scholars: publish incessantly, present papers at conferences all over, be educated in one place, do a postdoctoral fellowship somewhere else, and apply for a tenure-track position in an entirely different location, uprooting your life and family with each move. That is the only path to success. 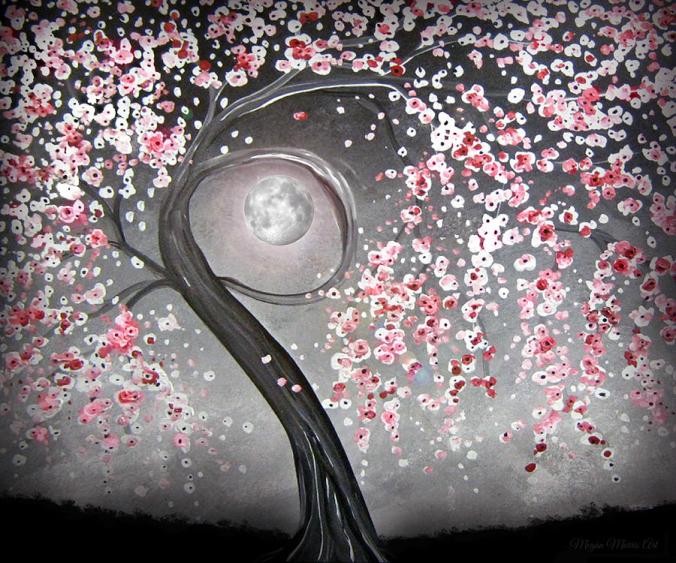 Even though my spouse and I have discussed the possibility of further education, I knew once I was admitted that this would have to be a family decision. And it has prompted a wonderful discussion between us regarding our near-term goals, visions for our family and our free-time, and perhaps most importantly, to set our intentions.

I intend to root my work and study in practice. The slope can get slippery and it can be easy to fall into the “work-first” mentality. It is clear to me that of all things that would come first, scholarly work is not it – family and practice stand out as two very clear alternatives.

Clear and critical assessment is undoubtedly necessary in coming to a decision about doing a PhD. But ultimately, I feel that it is my job to get out of my own way and be open to the unfoldment of the universe. Thinking has its limits, and at some point the time to think through things has come to an end.

So, do it; don’t do it. Does it really matter? Or as the eminent martial arts master, Oogway, has said,”Noodles. Don’t noodles.” (2) Give up the past and future, along with cognition, and allow yourself to be.

(1) This Cherry Blossom Tree Art Print by Megan Norris can be purchased in various formats at http://fineartamerica.com/featured/cherry-blossom-tree-art-print-megan-morris.html.

(2) The full quote is “Quit. Don’t quit. Noodles. Don’t noodles. You are too concerned with what was and what will be. There’s a saying: ‘Yesterday is history, tomorrow is a mystery, but today is a gift. That is why it is called the “present.’ ” From the film Kung Fu Panda.

I am in San Antonio, Texas, for the national conference of the American Academy of Religion, and had the pleasure to listen to Cornel West speak on a panel this morning. When a question was asked about the academy and the role of scholars of religion, West had this to say:

I’ve never thought of myself as a religious scholar. I’ve been fundamentally called to be a lover of truth, love, goodness, beauty, holy. I engage with ideas and scholars to do this, but the fundamental question for me is the kind of witness you bear. (1)

Cornel West is sitting second from the left.

As I sat listening to this engaging panel, I was struck by West’s response, especially within the context of my wonderings on this blog about what it means to be a scholar who is rooted in practice. Rather than a scholar, West is a “lover of truth, love, goodness, beauty, holy.” This language reminds me of philosophers as lovers of wisdom and mystics as lovers of God. I also think of the school formed by Claudio Naranjo called the Seekers After Truth, which began in the 1970s with an influential group of spiritual teachers.

The love of truth, love, goodness, beauty, holy leads Cornel West to engage in ideas and with scholars. Scholarship here appears to be a vehicle for witness, for the living out of a love of truth. The identity of scholar is not important. Perhaps more of a role to play, or a hat to wear, than an identification to take into one’s personality. I do not take him to mean that the identification or role of scholar should be discarded, but rather that it has not been part of his paradigm, merely a sphere he inhabits while he lives out his love and witness.

Surrounded by almost 10,000 people this weekend who generally call themselves scholars, this is an important shift, I think. It begs the question: are “scholar” and “monk” merely spheres we inhabit while we live out a love for truth? A loyalty to truth? Also, West described himself as a lover of truth, not of knowledge. Is the love for truth inherently practice-based, whereas the love for knowledge is not? What role does the love of love/goodness/beauty/holy play for the scholar?

I’ll be checking in with more as the weekend unfolds and I continue to learn from my colleagues in this rich setting.

(1) I have not captured the precise wording of what Cornel West said, but I have done my best to retain its original structure and essence. For this reason, I have not put it in quotation marks.

A basic definition of a scholar is one “who has engaged in advanced study in a special field.” (1) It’s pretty simple. Study something long enough and hard enough and you’re a scholar. But wait… what constitutes a “special field”? Say, for example, that you have spent a lifetime learning the nuances and intricacies of torture. Are you then a scholar? Or just a sadist? Or perhaps your object of study is yourself. Are mystics, meditators and contemplatives therefore scholars as well? Mmm… not so sure.

These examples cause me to question the sufficiency of this definition, even though I’m quite fond of its brevity. It seems that there are other attributes required of a person to be scholar that are not covered by Merriam-Webster. Clearly learnedness is one. But what else? Does a scholar need to be dedicated to the common good? Dissemination of knowledge through writing and education? Engaging the public? Is there a moral or ethical component of being a scholar?

To sort this out, it might help us to step back a moment. Let’s take a look at a bigger picture and try to get some context, with the caveat that I am speaking from within the United States and from that perspective. Scholars are often also called academics, and together they make up what is called the Academy. This isn’t the Academy of Plato in Ancient Athens, the Greek name of which gives us our modern term “academia.” We’re not talking  about a specific place or group of people. The Academy is more like an ideal, a conceptual place where scholars and knowledge comingle. It can have a sort of lofty, ethereal feel to it. 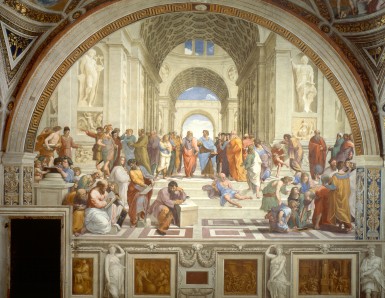 But that’s not the only way people talk about the Academy in the U.S. A common metaphor for it is the Ivory Tower, a place where elites funded by the public write a bunch of stuff that nobody reads and have esoteric discussions on stuff that doesn’t matter. This description contains critiques of elitism, power, privilege, and control. It also contains a kind of expectation that the Academy do something that matters to people.

For the work to matter to people, it seems to me that they need to be able to engage with the work  in some way, which leads us to the problem of access. Most academic work (at least that which is most highly prized by the Academy) is published in academic journals which generally have absurdly high subscription and purchase rates, or in very small numbers by university presses. The highest quality teaching (informed by that work) is becoming increasingly inaccessible as tuition for higher education climbs.

This leaves us with a few closing points to ponder. Basically, a scholar is someone who studies something and knows it well. But in the U.S., there is an expectation that the scholar actually DO something with that knowledge, ideally something that benefits the many and not just the few. Scholars on the whole value this ideal, and strive to achieve it, but often get stuck in the mechanisms of the Ivory Tower.

Please respond with answers and comment! Next time we’ll turn our eyes toward monks and see where that takes us.